Read How We Protect Patients from COVID-19 >> 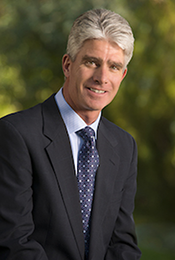 I’m moved by people’s realization that better health is important. I try to encourage my patients to pursue wellbeing.

George Vagujhelyi, M.D., affectionately known as “Dr. V,” achieved his medical doctorate at Albert Szent-Gyorgyi Medical University in Hungary. He did his internship and residency at the University of Nevada School of Medicine – Reno, and while he was there, he heard a lecture on hepatology (the study of the liver, gallbladder, bile ducts, and pancreas) that determined the course of his career. He realized that gastroenterology offered him everything he was seeking in a fulfilling medical career. After he completed his residency, he pursued a fellowship at Tulane in Gastroenterology and Hepatology.

Dr. Vagujhelyi enjoys treating liver diseases, such as hepatitis, liver failure, and biliary evaluation. When asked about awards he has received or important career accomplishments, he just smiles and says, “I’m just happy to make people feel better.” And his personal ‘motto’ that he tries to pass on to his patients? “Never give up!”

His favorite thing about Digestive Health Associates (DHA) is the diversity of the physicians. “We’re basically the United Nations here at DHA,” he said, pointing out that he speaks Hungarian, another doctor at the practice speaks German, and that there are physicians of Polish, Hispanic, and Japanese heritage. When he’s not working, Dr. Vagujhelyi likes skiing, swimming, running, playing both water polo and soccer, and spend time with his two sons. He has coached one son’s soccer team for the past 10 years, and he enjoys the opportunity to mentor the kids on the team, who come from many different walks of life. Dr. Vagujhelyi credits his father with motivating him to stay active. “My 77-year-old dad set the bar pretty high, because he still plays soccer with my kids!”

Schedule an appointment with a Reno GI doctor near you

DHC
Due to the risk of COVID-19 (Coronavirus), if you are experiencing any symptoms of a flu-like or respiratory illness, please call (775) 600-4717 to reschedule your appointment. Appointments will need to be pushed pack 2-3 weeks based on your symptoms.
Read How We Protect Patients from COVID-19 >>